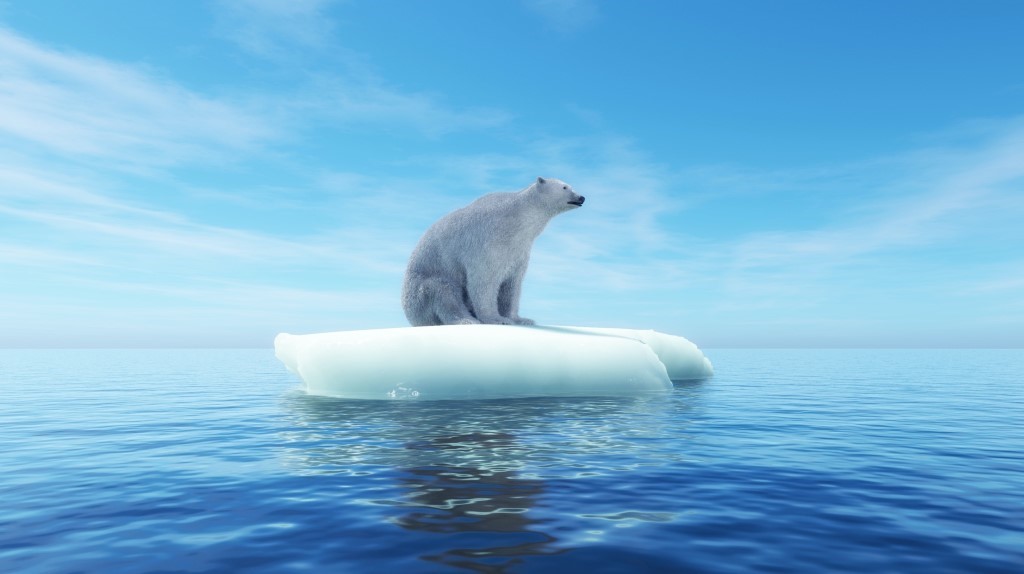 1. What is Global Warming and How Does it Relate to Climate Change?

Global warming is the observed long-term increase of Earth’s average temperature since the early 20th century.

Now this is no ordinary change: it is the fastest increase in tens of millions of years.  We know this is occurring because of evidence from natural records that show a record of how Earth’s temperature has changed over billions of years. This is found in ice cores, tree rings, and fossilized shells at the bottom of the ocean. From looking at these scientists have shown there is a very close relationship between greenhouse gases and Earth’s climate, or average temperature and weather patterns.

Greenhouse gases resulting of heat from human activity, commonly called ‘emissions’, intensify a natural process called the Greenhouse Effect. GHGs trap the sun’s energy within Earth’s atmosphere, instead of allowing it to be reflected back out into space. The higher the concentration of GHGs, the warmer Earth will be.

Climate change is a consequence of global warming, or the excess addition of heat-trapping greenhouse gases into the Earth’s atmosphere.

Although climate change can result from both natural and human causes, among scientists, there is a complete consensus that the climate change observed today is human-caused and cannot be attributed to a regular shift in Earth’s temperature.

Since the Industrial Revolution, humans have been burning large quantities of fossil fuels (e.g. coal, petroleum, natural gas). The combustion of fossil fuels is directly tied to global warming because it releases GHGs into our atmosphere. The dual processes of industrialization and globalization have led to dramatic increases in the emission of GHGs as compared to pre-industrial levels, primarily in the form of CO2.

The difference between past natural climate cycles, and what we are experiencing now, is that increasing temperatures are primarily attributed to the large increase in GHGs as a result of industrial activities. Furthermore, for millennia, natural climate cycling has been very slow, and the level of atmospheric carbon dioxide has never surpassed 300ppm (parts-per-million) – until 1950.

with a rapid spike since the Industrial Revolution

4. How has global warming affected the world so far?

A report by the United Nations’ Intergovernmental Panel on Climate Change estimates that human activity has already caused 1 degree of global warming since 1750. At this level we can already see:

5. How has global warming affected the US so far?

According to the American government’s Climate Change Science Program, “With continued global warming, heat waves and heavy downpours are very likely to further increase in frequency and intensity. Substantial areas of North America are likely to have more frequent droughts of greater severity.

6. What impacts will global warming have in the future?

Future climate change will include an increase in very hot days and decrease in very cold days.  Heat waves will very likely increase over most land areas in frequency, length and intensity. Higher growth in anthropogenic GHG emissions would cause more frequent and severe temperature extremes.

7. Can we show sea levels rising on the Jersey Shore and Manhattan?

Extreme weather events, like Hurricane Sandy are expected to become more common in the near future. New York City, a workplace for many, is also at high risk of flooding, with a vulnerability assessment by Climate Central noting that a collapse of the Battery has the potential to flood the New York subway system by over 50%.

8. What happens if the world heats up beyond 2 Degrees?

9. What do climate models say about the warming that could actually happen in the coming decades?

This WWF comparison illustrates the big difference between seemingly close global warming scenarios. While previously ambiguous, scientists are now certain global warming needs to be curtailed at 1.5 not 2℃. In the case of global average temperature, minute changes have dramatic impact.

10. How do we stop global warming?

Stopping global warming requires decarbonization or reduction of carbon.  This would entail a conversion to an economic system that sustainably reduces and compensates the emissions of carbon dioxide (CO₂). The long-term goal is to create a CO₂-free global economy.

11. What can we do at a local level to fight climate change?

Fundamentally we need to take measures, both at a personal, household, and community-level to curb emissions, and fully transition to renewable energy. If we work together, it is possible!